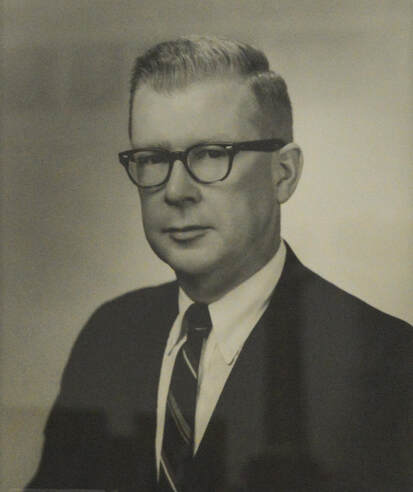 Dr. Frederick A. Feddeman, 85, a Lexington physician for over 50 years, died on Sunday, September 28, 2003 at the Stonewall Jackson Hospital.

Dr. Feddeman was born April 5, 1918 and was raised in Chester, PA. After earning his Bachelor's degree from Washington & Lee University in 1940, he joined the American Field Service where he served as a medical corpsman from 1941 until 1945. After graduating from Jefferson Medical College (Philadelphia, PA) in 1949, he interned at Philadelphia General Hospital for two years and then moved to Lexington.

Dr. Feddeman is survived by his wife, Conde Glasgow Feddeman and her four children: Thomas, Richard, Connie and Malcolm Crittenden.

He was predeceased by his first wife, Alta Gray Feddeman and is survived by their four children: Frederick C. Feddeman of Winchester, VA; Edward G. Feddeman of Annandale, VA; Anne F. Warner of White Stone, VA and David C. Feddeman of Chapel Hill, NC; as well as two granddaughters.

He is also survived by a sister, Virginia Kerner of Dallas, Texas

Dr. Feddeman also was predeceased by his second wife, Mary Elizabeth McCormick Feddeman and a stepson, John. he is survived by two stepchildren, Nora Champe Leary and Michael B. Leary.

In addition to his private practice, Dr. Feddeman was the University Physician at Washington and Lee for 35 years and was the Rockbridge County Medical Examiner over 50 years. A long-time member of R. E. Lee Memorial Episcopal Church, he served on the church vestry. He also was a member of the Lexington Rotary Club and the Masonic Lodge for many years.

There will be a memorial service on Thursday, October 2, 2003 at 11 a.m. at the R. E. Lee Memorial Episcopal Church in Lexington. In lieu of flowers, the family suggests contributions to the Rockbridge Area Relief Association (RARA) or the Rockbridge Area Hospice.

Funeral arrangements are being handled by the Harrison Funeral Home, Lexington.