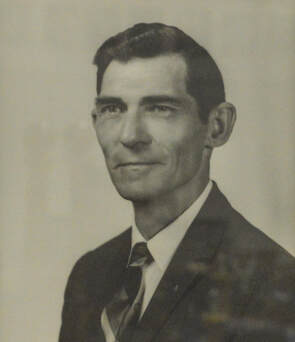 He was a veteran of World War II having served in the US Army in the European and Pacific Theatres. He was a member of the New Monmouth Presbyterian Church, past member of Mountain City Lodge #67 A.F. & A.M., and a life member of Kerrs Creek Ruritan Club. He was retired from James Lees and Stonewall Jackson Hospital.

He was preceded in death by his infant sister, Alene, and his brother, Kenneth M. Brogan. Mr. Brogan is survived by his wife, Mary Knick Brogan, whom he married on June 24, 1944, three children, Judy B. Sheets and husband Dale of Waynesboro, G. Michael Brogan and wife Carol of Stuarts Draft, Jane B. Smith and husband Chester of Lexington, five grandchildren, Anita S. Elmore and husband Bernie of New Hope, Katie Smith, Bryan Smith, both of Lexington, Cameron Tilley of Staunton, Chris Tilley of Lynchburg, four great-grandchildren and several nieces and nephews.

A memorial service will be conducted at 11 a.m. on Wednesday, June 1, 2005 at the New Monmouth Presbyterian Church with the Rev. Martin Stokes and the Rev. H. Wray Sherman officiating. Arrangements by Harrison Funeral Home and Crematory, Lexington.
(Lexington Gazette, June 1, 2005)