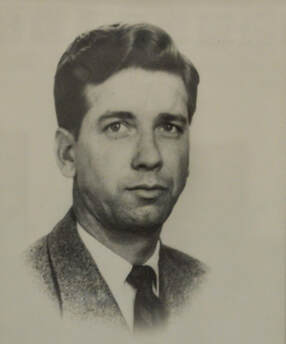 James William Horne Stewart, professor of law at Washington and Lee University, died Tuesday morning at Stonewall Jackson Hospital in Lexington. He was 63.

Funeral services for Stewart will be Thursday, April 16, at 3:30 p.m. in the R.E. Lee Memorial Episcopal Church in Lexington. A private interment service will follow at Stonewall Jackson Cemetery.

Stewart joined the faculty at Washington and Lee in 1953 on a one-year appointment. He rejoined the faculty at W&L in 1957. Stewart served as a law clerk for Hugo L. Black, associate justice of the U.S. Supreme Court, for one year beginning in 1956. He also served as visiting professor at Southern Methodist University, Mercer University, and George Washington University. He was the author of numerous articles in various legal journals and publications.

Stewart was a member of Phi Beta Kappa, the Order of the Coif, Gamma Sigma Epsilon, Sigma Gamma Epsilon, and the Pi Kappa Phi social fraternity. He was a Mason. Stewart served on the Lexington Democratic Committee and also served as chief officer of elections for the west precinct in Lexington.

The family asks that contributions be made in Stewart’s name to the American Cancer Society in lieu of flowers.