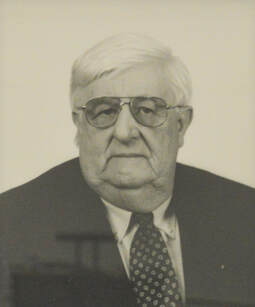 Former Owner, Director Of Rockbridge Medical Laboratory
He was born in Littleton, WV, September 25, 1933, the son of the late Louise Haskins Stewart and Roy Russell Stewart.

In addition to his parents, he was preceded in death by his sisters, Cora Lee Starsick, Grata Lohr and Mary Louise Cornett.

Mr. Stewart served a significant period of time in the Korean War in the rank of Sergeant First Class and a Ranger in the U. S. Army. He received his undergraduate degree at the University of Arkansas and a MBA from West Virginia University. His fifty year career as a laboratory directory led him to Lexington, VA and Stonewall Jackson Hospital. Mr. Stewart was also the proud owner and director of Rockbridge Medical Laboratory.

He loved spending time with his family and was a lifelong West Virginia Mountaineer fan.

He was raised to Sublime Degree of Master Mason in Morgantown Union Lodge #4 in Morgantown, West Virginia. He affiliated with the Mountain City #67 Masonic Lodge, Lexngton, Virginia on August 9, 982 where he served as Worshipful master in 1995-1996. He was also a member of the Rockbridge Rural Arch Chapter #44 and Moomaw commandery #27 in Lexington, Virginia.

Leland Haskins Stewart went to be with God from his home on June 20, 2007. He is survived by his wife, Carolyn Louise Stewart; their four children and spouses, Christine Stewart Eaton and husband, Christopher Charles, of Salem, VA, Elizbeth Stewart Hamilton and husband, Chad Michael, of Natural Bridge, VA, Lisa Stewart McCarton and husband, Matthew Joseph, of Culpeper, VA and Leland Jay Stewart and wife, Tootie Duong, of Aldie, VA; and eight grandchildren.