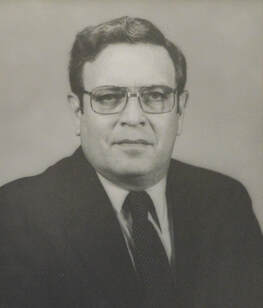 Frank Alfred Dressler, Jr., age 73, of Roanoke, died Wednesday June 5, 2013 at his residence. He was born January 30, 1940 in Covington, Virginia, a son of the late Frank A. Dressler, Sr. and Frances Elizabeth Riddlebarger Dressler. He worked for 10 years at the former H.O. Canfield, Co. and was the retired Plant Manager of the Bluebird Body Company with over 30 years of service. He was of the Presbyterian Faith, a United States Army veteran, former member of the Lexington Volunteer Rescue Squad, a member and Past Master of the Mountain City Masonic Lodge #67 A.F.&A.M. in Lexington, a member of the Moomaw #27 Knights Templar in Lexington and the Rockbridge Royal Arch Chapter #44. Frank loved to play golf, playing on courses throughout the country, he held an avid love of Horse Racing, attending the Kentucky Derby many times, he was the family grill master, but above all he was a devoted husband, father and PawPaw. In addition to his parents he was preceded in death by his wife Janis Ann Hoke Dressler in August of 2012, and two brothers, Raymond Francis Dressler and Lawrence Eugene Dressler. He is survived by a daughter, Fawn Aletha Dressler of Burlington, NC; a son, Frank A. Dressler, III and wife Sherri of Blue Ridge; five grandchildren, Courtney Barger, Julia Bowman, Rachel Dressler, Jordan Dressler and Emily Dressler; a step-son, Lloyd B. Wills and wife Vicki of Blue Ridge; a sister, Ann Dressler Jones of Maryland; nieces and nephews; and his devoted neighbors, to whom the family wants to express their heartfelt thank you.