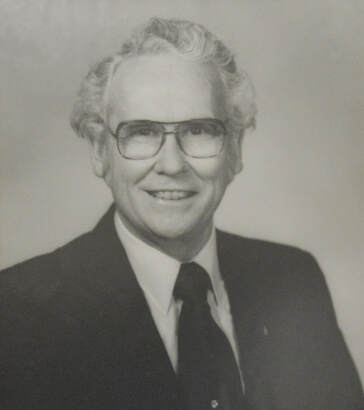 George Frederic Fenton, Sr., 98, recently of Apollo, passed away peacefully in his home on September 27, 2018

Born in Williamsport, Pennsylvania in 1919, he was the son of John A. and Ethel L.May Fenton. He grew up, lived and worked in the Panama Canal Zone until 1947 when he was hired as an engineer by the Michael Baker Consulting and Engineering Firm. Four years later, he accepted a position with the United States Bureau of Public Roads (now the Federal Highway Administration) and ended his career in Washington, D.C. as the Chief of Land Acquisitions for the entire FHA. During his career, he had offices in Harrisburg, PA; Ames, IA; St. Paul, MN; Charleston, WV; as well as Washington, D.C.

Mr. Fenton was a 32nd degree Mason and served twice as Master of his lodge in Lexington, Virginia; he also served as a district officer for the state organization. He was a member and Past Worthy Patron of Steadfast Chapter of the Eastern Star in Harrisburg, Pennsylvania. In addition to his Masonic affiliations, he was a proud alumna of Washington State University and was a member of the national Acacia Fraternity on that campus.

After his retirement, he and his wife, Ila, traveled extensively throughout the United States. He had many interests including photography, wood working, and stamp and coin collecting. He took great joy in his family and was supportive of all of their ventures. He also delighted in his dachshunds, Marta and Rusty, who were his constant companions.