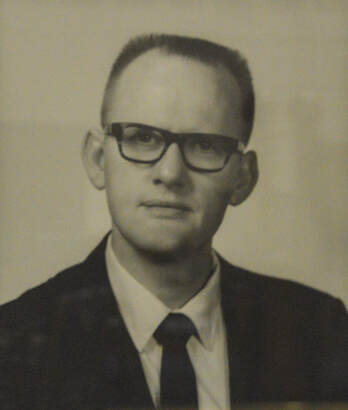 RORRER SR. Robert Wayne December 10, 1934 April 4, 2019
​Robert Wayne Rorrer Sr., 84, a devoted and generous husband, father, grandfather, and friend to all who knew him, passed away peacefully on Thursday, April 4, 2019 in Lexington, Va., after a life well lived. Bob, as he was known to all, was a good man who loved God and family. He was predeceased by his first wife, Jane Stacy Rorrer, who died in 2002. Fortunate to find love again, Bob is survived by his wife Rebecca Hostetter (Becky) Rorrer. He also leaves behind his five children, Mollie Rorrer Gore (Michael); Robyn Stacy Puryear (Cotton); Robert Wayne Rorrer Jr.; Sarah Frances Boileau (Frederic); and William Kirk Rorrer (Mary Rawson). A proud and devoted grandfather, he traveled far and wide to attend christenings, graduations, sporting events and other celebrations for his grandchildren Alfred Anderson "Corbin" Puryear Jr., Alexander Byrd Gore, Robert Braxton Puryear, Katherine Hale Gore, Alexa Pearce Rorrer and Evan Howell Rorrer. He enjoyed an extremely close bond with his two brothers, who survive him, Thomas Wise Rorrer Jr. (Jackie) and Dr. Edward Eugene Rorrer (Glenda) and their families; sisters-in-law, Rachel Brice Robbins and Rebecca Ann Robbins; brother-in-law, Andrew Robbins; and Becky's daughter Sandra Hostetter Dean (Graham), grandchildren Shannon Dean Daly and Jenna Rebecca Dean, and great-grandchildren Thomas Michael Daly IV and Graham Holden Daly. Finally, he is survived by many cousins, extended family and friends who were a very important part of his life. Bob was born December 10, 1934 in Valls Creek, W.Va., to Thomas Wise Rorrer, Sr. and Clara Pruett Rorrer. His father worked in the coal mining industry and the family moved several times before settling in Coeburn, Va., where Bob grew up. He graduated from Coeburn High School and the Medical College of Virginia School of Pharmacy, as it was then known, and played basketball for both schools. He graduated from MCV in 1957 and went to work in Jonesville as a pharmacist, where he met Jane Stacy Robbins on a blind date. They were married in June 1959, shortly before he reported for service in the U.S. Army. He served in a MASH unit in South Korea and was honorably discharged in 1961. Bob and Jane moved to Lexington in 1963, where he spent more than 50 years as a pharmacist, primarily as the owner of McCrum's Drug Store and then as Director of Pharmacy for Stonewall Jackson Hospital. He also volunteered as a pharmacist for the then-Rockbridge Area Free Clinic for many years. A lifelong Methodist, Bob was active at Trinity United Methodist Church and then at Randolph Street United Methodist Church, where he sang in the choir and served on the Board of Trustees. Bob was also a leader and widely respected member of the Masonic Lodge. He was raised to the degree of Master Mason in 1964 and served as Master of Mountain City Lodge in 1968, 1993 and 1994. He was District Deputy Grand Master in 1995, and then a Trustee of Mountain City Lodge (finance) until he became ill in 2015. Alongside his wife Jane, Bob discovered a love for community theater, and he was cast in 17 productions of the VMI Theatre and local community theater groups in the 1980s and 1990s. His favorite roles were Jacob, the patriarch in Joseph and the Amazing Technicolor Dreamcoat, and Pap Finn in Big River, where his spirited rendition of "Guv'ment" developed a minor "cult" following. He and Jane also were lifelong organic gardeners (or gardeners, as they would say) and he was one of the original growers for the Rockbridge Organic Growers. With Becky, his love of music also played out on the dance floor, as they became Friday night regulars at old-time, country and bluegrass dances in Staunton and Lexington. He was even known to take over the microphone upon request. A memorial service will be held at 2 p.m., Saturday, April 27, 2019 at Lauderdale ARP Church on Saturday, followed by a reception in Kendal Hall at Kendal of Lexington. Visitation will be from 6 to 8 p.m. April 26, 2019 at Harrison's Funeral Home. In lieu of flowers, the family suggests that contributions could be made to Rockbridge Area Health Center, formerly the Rockbridge Area Free Clinic.