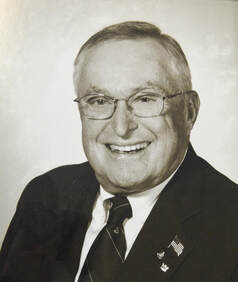 Warren received his bachelor of science degree from Wilkes College in Pennsylvania and his master of arts from the College of William and Mary in Williamsburg.

While living in Hampton, he was very active in the Wythe Exchange Club and the Exchange Clubs of Virginia. He served in all of the offices in the local and state organization. He was an active member of FirstUnitedMethodistChurch where he was an usher. 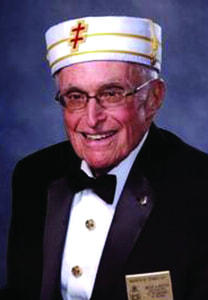 In 1979, he became a Master Mason. After moving to Lexington, he joined Mountain City Masonic Lodge where he served as Master for three straight years and later secretary for 11 years. He was also a member of Glasgow Masonic Lodge and the Virginia Research Lodge which he also served as Master. In 2002, he was selected to serve as District Deputy Grand Master for the Grand Lodge of Virginia. He was an active member of multiple organizations in both the York and Scottish Rite branches of Freemasonry and in 2016 received the honor of 33rd Degree Mason.

Warren was an active member of the Lexington Lions Club and was treasurer for many years. He volunteered with Rockbridge County High School's baseball team for many years. He was a member of TrinityUnitedMethodistChurch, where he ushered and belonged to the Men's Group.

Warren passed away May 17, 2022.  In addition to his parents, he was preceded in death by one daughter, Carolyn Louise Schmid, and one sister, Joyce Carol Schmid.

A memorial service with Masonic Rites was conducted on Saturday, June 18, at Harrison Funeral Chapel by the Rev. Joe Cailles.